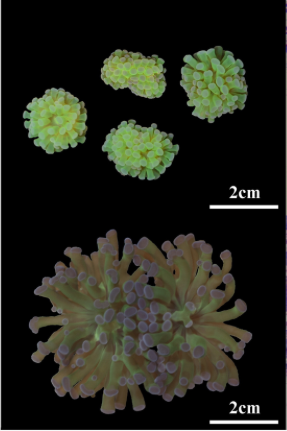 Article Link:
Phosphate deficiency promotes coral bleaching and is reflected by the ultrastructure of symbiotic dinoflagellates

No comments for this one. It’s open-access/creative commons, so I’ll quote liberally.

We exposed corals to imbalanced N:P ratios in long-term experiments and found that the undersupply of phosphate severely disturbed the symbiosis, indicated by the loss of coral biomass, malfunctioning of algal photosynthesis and bleaching of the corals. In contrast, the corals tolerated an undersupply with nitrogen at high phosphate concentrations without negative effects on symbiont photosynthesis,

The ratio of dissolved inorganic nitrogen to phosphorus in the marine environment can be interpreted as an indicator of whether photosynthetic primary production is limited by the availability of nitrogen or phosphorus. In coral reef waters, N:P ratios were found in an approximate range from 4.3:1 to 7.2:1 (Smith et al., 1981, Crossland et al., 1984, Furnas et al., 1995) which is lower than the canonical Redfield ratio of 16:1, considered optimal to sustain phytoplankton growth (Redfield, 1958). Consequently, many processes in coral reefs tend to be nitrogen limited (Furnas et al., 2005). 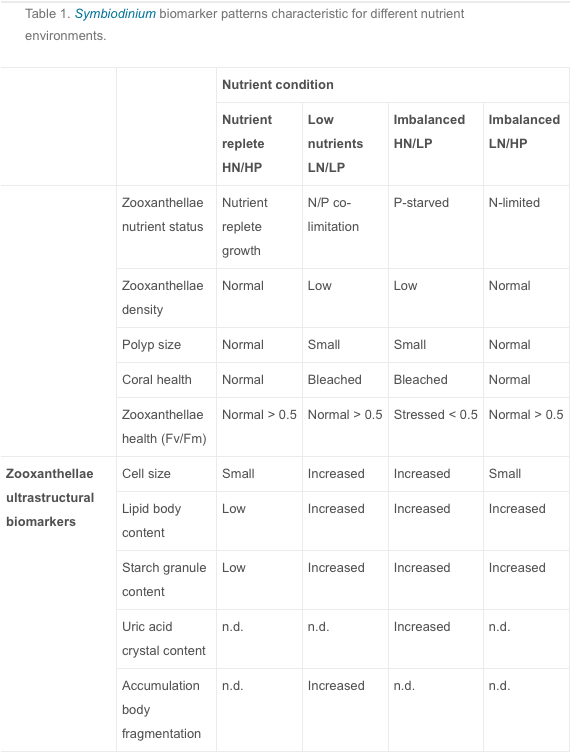