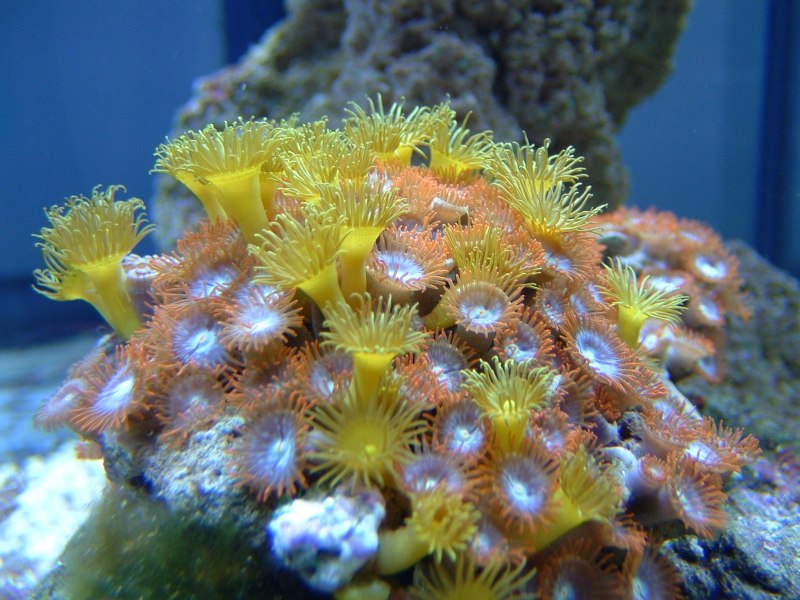 I never recommend that beginners actually start out with “beginner corals”.

For beginners, instead of going generic with “beginner corals”, I generally recommend spending all the time you need to figure out which corals you really like.

Then simply make sure you know what those corals need before getting started.  With the aid of the internet (and even better, some books!) the information is not that hard to find.  And most corals you’ll find for sale are actually pretty easy to keep.  Even many stony corals.

Specifically, I’d stay away from almost all polyps, including mushrooms and zoanthids…if they aren’t outright dangerous due to toxins, they’re fickle or invasive.

Unless….those corals I just named happen to be the corals you really like.  Some folks do like a large carpet of Xenia or Green Star Polyps, or rocks blanketed with mushrooms, for exmple.

If that’s you, then go for it.   But the same stipulations apply as for “non-beginner corals”…..learn about those corals first to make sure you’re up for it.  Not everyone likes a kenya tree tank or a xenia tank, for example.

Personally, I’d have never put a mushroom in my tank if I’d have known their “whole story”.

But honestly, the whole concept of “beginner corals” is really outdated since it’s from a time before we (as a hobby) really knew anything about aragonite chemistry and before we had cheap access to automated dosers.

We know a pretty fair amount about aragonite chemistry now and cheap dosers seem here to stay.  Take advantage of both and forget about beginner corals…at least as a concept.

As for what corals to look at that are likely to be more hardy, there are some ways focus your search.  Leathers and many LPS are relatively easy.  If you’re into stony corals, run searches for habitat terms like “lagoon” on the Corals of the World database.  (They specialize on stony corals.)

Lagoons typically have relatively low water exchange with the ocean, so parameters of all kinds, from chemistry to water flow, are likely to vary a lot more than they would for corals living in more exposed habitats.   Corals “more adapted” to lagoon life will tend to be “more hardy” in aquariums as a result.  You’ll notice that LOTS of popular corals fall more or less into this category.  To the extent they do, that can be a gauge of how “easy” they are.  To a degree that’s a generalization, and there are certainly other habitats which generate “hardy” corals, but you have to start somewhere… 😉

For example, some of the most popular corals are common lagoon corals (e.g. Hydnophora, Pavona, Montipora, Pocillopora, Fungia, etc) …and these types are generally really forgiving in a tank.  But another very popular coral, Acropora millepora, is a more occasional find in that habitat.  So it’s probably not as adapted as the others….and so probably not as easy.  Still not a difficult coral to grow.

Hopefully that wasn’t too stream-of-conscious!!

The idea is just to get you started searching since that’s a tiny sample of corals and obviously there’s nothing to buy on those links. 😀